The Navico 'yellow' ethernet connector used on new Lowrance devices such as the HDS series has the advantage of being watertight and easy to make a reliable twist-on connection: 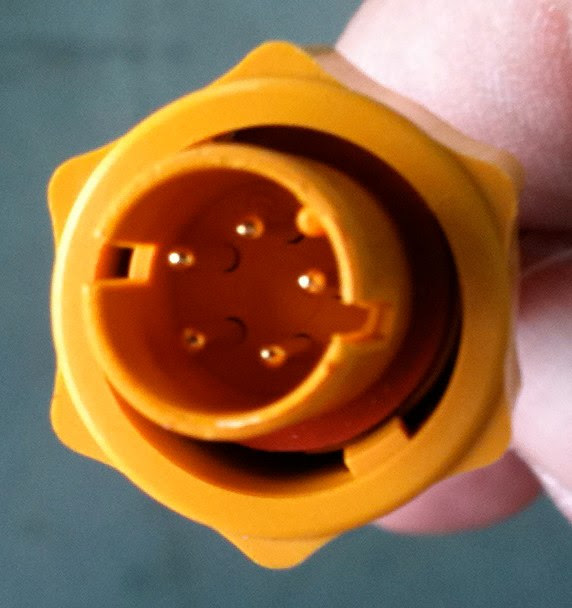 In case you want to use a standard Ethernet switch, or have guys lay ethernet cabling through some narrow ducting you cannot use the normal Lowrance Ethernet cabling and have to crimp an RJ-45 jack onto the Lowrance cable.

On opening up the cable I found two twisted pairs of cable, as expected, plus a shield: 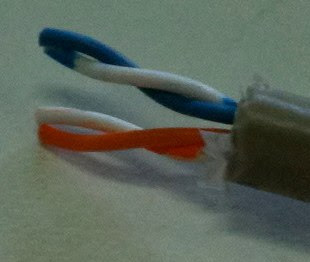 The pairs are blue and orange. I connected those the same way as a 3 Com sourced very thin Ethernet cable I had lying around: blue to pins 1+2 and orange to pins 3+6 of the RJ-45 jack. This isn't according to either T568A or T568B, but that cannot be helped when the cable pairs are blue and orange. In practice the cable works fine, both when wired directly and when wired to a switch. I don't know whether the is actually a cross over cable or direct through though, so if you use a switch that doesn't do auto MDI-X you may have to swap the pairs. 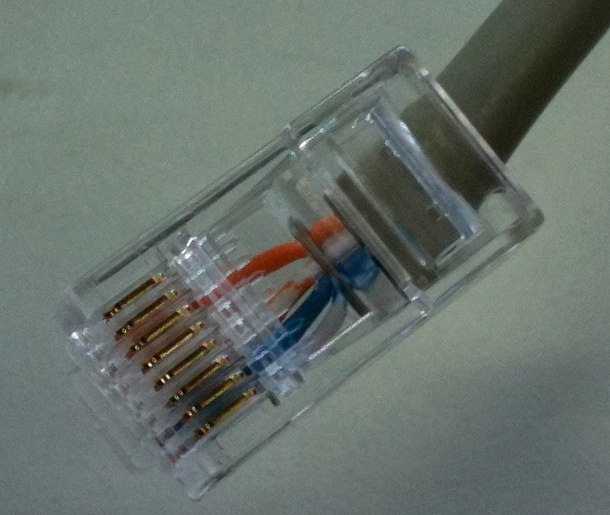 and the final cable:

Once plugged in a quick run of tcpdump revealed the IP address of the Lowrance HDS and a ping proves that my Mac and HDS are able to talk to each other:


Hurrah, one more item from my to-do list done!

May 2010: Commenters have asked me whether this means they can now interface a HDS or Broadband Radar to their PC. Alas, no. The test done above was just a convenient way for me to test that the munged cable works.June 22, 2010: Yes, you can! Navico has released a SDK that allows navigation software providers to interface with the Broadband Radar. As far as I know, only Expedition has released the necessary software so far (August 2010). For more information see Simrad BR24PC, Free Range BroadBand Radar #2 at Panbo.
Posted by Anonymous at 11:07

Want to know something that you think I can help you with? You can mail me
directly.